We are so thrilled and proud to be celebrating the 50th Anniversary of White Star Tours this year! However, it is very humbling as we look back on the history of what brought us to this day. In order to better understand our sentiments concerning the roots of our company, you need to know a little bit about our Kraras Family that founded and nurtured it over these many years.

Our father and founder went on to serve proudly and courageously for four years in WWII, and actually became part of the first group of members of the OSS

The Kraras Family is one that emanated from immigrants. Our father, Gus Kraras, was born and raised in Greece, and immigrated to the United States when he was 17 years old in an attempt to look for a job to support his starving family in the mountains of Greece. 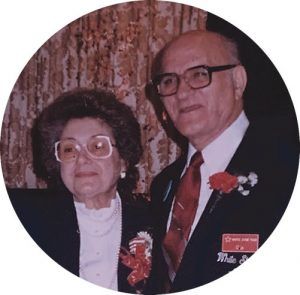 Gus worked very hard at many jobs for his first few years in America. But, when the Japanese bombed Pearl Harbor in 1941, he felt the calling to serve his new country of the United States, and immediately enlisted into the US Army. He went on to serve proudly and courageously for four years, and actually became part of the first group of members of the OSS (Organization of Strategic Services) which was the forerunner of today’s CIA. After being honorably discharged in 1945, he settled into the Reading, PA area, and in 1946 married a first generation Greek family acquaintance, Stella Dialectos, whom he had met before he went to war. Shortly thereafter, in 1947 they welcomed their first-born son, Chris (who is the author of this history); in 1951 their daughter, Angel, was born; several years later, in 1962, the birth of their younger daughter, Patricia, completed the family unit.

The Beginning of a Dream

In order to sustain their family, Gus and Stella operated luncheonettes and small restaurants in the Reading area. In 1954 they wondered to the seashore resort of Wildwood, NJ with the hope of building on their restaurant experience. They began operating a small restaurant by the name of the Lorraine Restaurant during the summer months with their young children, Chris and Angel, by their side. They eventually purchased the Lorraine Hotel that was attached to the restaurant, and it was there that they initially thought about expanding their work with the hospitality industry. They realized that in order to extend the summer season and bring in a few more customers and income, they could welcome very small groups of 5, 10 or 15 people during what became known as the “off season” in the months of May and September. 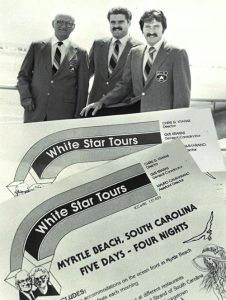 Eventually, it was in 1970 that Chris along with his Father decided to try another avenue with this group travel concept, and started bringing a few bus loads of customers from their home area of Reading, PA to some of the smaller hotels and motels in the Wildwood area for packages lasting two and three nights.

In 1972, the Kraras Family purchased the White Star Motel in Wildwood, where Chris’s wife, Ann, became its first manager — and through the years has continued to be Chris’s biggest business and personal supporter. It was during this year that the name White Star Tours was born. By that time, they started bringing more and more groups into the Wildwood area, and soon the numbers grew to over 1,000 people in that first year or two. Simultaneously, Chris was a high school teacher in Birdsboro, PA, and he somehow juggled his teaching career with this growing travel business. As the 1970’s wore on, the company expanded the geography from hosting groups not only from Reading, but from other areas of PA. Chris welcomed his brother-in-law, Mauro Cammarano, husband of his sister, Angel, to join him in this effort as the business extended into new areas. 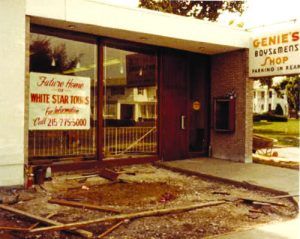 By 1980, White Star Tours was now attracting groups from states like New York, New Jersey, Massachusetts, Delaware, Maryland and Virginia. Also, at that time, Chris began developing trips other than ones to Wildwood, NJ, and extended the group offerings to other popular seashore locations such as Ocean City, MD, Myrtle Beach, SC, Virginia Beach, VA and Cape Cod, MA. With this rapid and continued growth, White Star Tours was outgrowing the meager space that had served as its office, which was in a spare bedroom in Chris’s home, where Mauro worked alongside of Chris on snack trays. As a result, the current and much larger White Star Headquarters was permanently established at 26 East Lancaster Avenue in Reading, PA. As the 1980’s rolled on, the family started hiring some wonderful co-workers, most of whom are still working with them today, some 35 and 40 years later. As the staff grew, so did the business as well as the many locations that White Star would travel to with groups. Around 1985, there was a strong initiative by the White Star family and staff to further extend the geographical boundaries which has been done on a regular basis ever since that decade. Soon, groups were welcomed from states like Ohio, Michigan, North Carolina and South Carolina. By that time, Chris was forced to retire from his teaching career, which he had truly loved, in order to manage the business full-time. His brother-in-law, Mauro, then followed Chris and left his teaching position as well to also work full-time. Shortly thereafter, Chris’s sister, Pat, graduated from college and joined the company where she has remained to this day as the Chief Financial Officer. 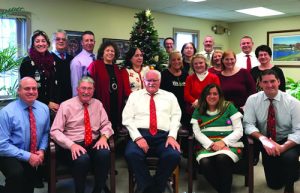 From there, the story becomes more heartwarming as the company was able to bring on several more outstanding co-workers that remain with us today and, even more importantly, so many more family members. The original officers were Chris as President, Mauro as Vice President, Pat as Treasurer and Gus as Secretary. 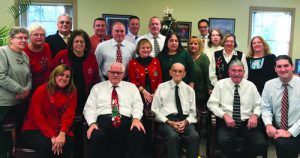 It wasn’t too long after that Chris was able to welcome his son, Dean, the current President, into the fold, and soon thereafter his daughter, Marisa. A few years later, Mauro invited his son, Drew, current Vice-President, and his daughter, Stephanie. And, to make the family story complete, Pat married Bernie Donahue, who also joined the White Star family ranks, became an integral member of the company, and eventually welcomed their children, Bern and Stavanna, to be a part of the family business.

A Long And Wonderful Ride

The Greeks have a saying that goes, “Na Ta Ekatostisis” …which means, “May we reach 100 years.” Yes, we have realized the American Dream!

So, as the years rolled into the new century, White Star proudly continued to spread its

wings to bring groups from virtually every state east of the Mississippi, and also has done quite a bit of business bringing groups from the provinces of Eastern Canada. The White Star Family continues to grow and so does the family of happy travelers and loyal group leaders who have become a wonderful part of the family. The family continues to flourish and realize that American dream. Sadly, Stella passed away in 2011 and Gus in 2018. (Amazingly, Gus stayed very active in the business until his death at age 97!) Fortunately, their spirits live within all our family and all our staff on a daily basis, and it is that spirit of love and dedication and caring that has become our mantra during the development and success of the company. It has been a long, but wonderful ride together and a tremendous journey filled with a lot of love, a lot of appreciation, a lot of thanks and tremendous hope for the future.

In completing this brief history of White Star Tours and the Kraras Family, I would like to express my sincere thanks to God for all His many blessings, and my heartfelt thanks to the literally millions of people who have traveled with our company over all these many years.